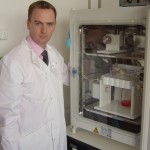 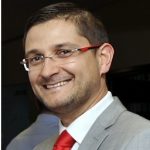 Dr Olivier Degoul
Laboratory Manager: Cancer
Olivier graduated from the University of Montpelier in 2009 in Health Engineering and Pharmaceutical Biotechnologies which included extended periods of research in external laboratories and also in business development. Olivier chose to carry out 2 of his research periods abroad in the laboratory of Professor McGuckin in Newcastle University Hospital UK, training in stem cell research and engineering technologies. He then chose to train in business development in the Institut de Recherche en Thérapie Cellulaire (Lyon, France). After this he carried out a PhD in stem cell research and bioengineering registered at the Universite Claude Bernard, Lyon, France, under the external direction of Professor McGuckin and Dr Forraz. In 2013 he joined CTI BIOTECH.